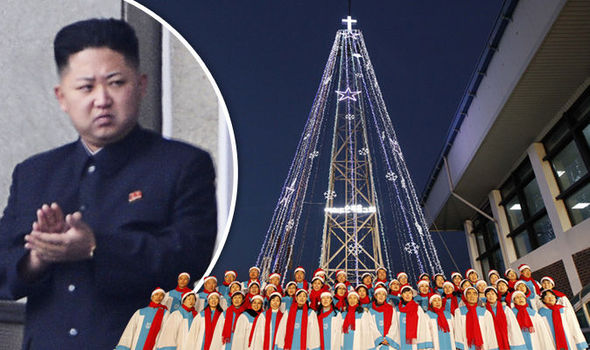 North Korean Christians have sent a Christmas message to Christians around the world, thanking them for their care, concern and support.

A Christmas gift to you, our supporters, from a secret believer in North Korea,,, :

“We, the Underground believers from North Korea, are SO THANKFUL for your concern and Love. You’ve truly taken care of our needs. We remember the FAITHFUL and loving hands of our supporters, our BROTHERS AND SISTERS across the world. We are fully determined to FOLLOW God’s will and the calling He has given us.”

Religious freedom in North Korea is “largely non-existent” and faith-based persecution has been commonplace since the 1950s because religious beliefs are “seen as a threat to the loyalty demanded by the Supreme Leader.” While Christians are the main target of abuse, Buddhism and Shamanism are also practiced in the country and “suppressed to varying degrees.”

The Christians Of North Korea are virtually invisible—though of course not in the eyes of the Lord Jesus!

North Korea ranks as the worst country for Christian persecution on the annual Open Doors World Watch List, a position it has maintained over the past 18 years. The organization estimates that many of the country’s own citizens — including around 50,000 believers — are being held in detention centers, prisons, or political camps.