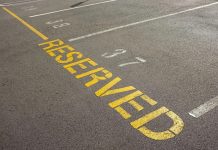 Church Of England Paves The Way For Same-Sex Marriages

In what is arguably the most righteous act any Christian can ever bestow upon another person, one organization has decided to help survivors of the Syrian Civil war and ISIS devastation – including confirmed militants.

On the outskirts of Fallujah, just weeks after Islamic State had been driven out of the city by the Iraqi army following two years of jihadist rule, a team of Sunni and Shia Muslims visited a compound where hundreds of people who had fled the city were being held.

They brought supplies – food and water – to those cramped into the tiny space, as would be expected by humanitarian organisations working in the region. Aid groups have been working tirelessly in Iraq and Syria since ISIS’ devastating campaign first shocked the world in 2014, serving the most needy and vulnerable on the front lines.

But something about this was different. The recipients of this aid weren’t the families who had been traumatised by militants; who had spent years living in fear and then weeks trapped, starving, as Fallujah became a battleground between government and ISIS forces.

These were ISIS fighters.

A team from the Preemptive Love Coalition (PLC), a US-Iraqi non-profit organisation that’s been active in the Middle East over a decade, took food and water to ISIS militants; providing respite to those who had been captured as Falluj

Hundreds of suspected ISIS members were being held in the detainment compound not far from the city. Some would have been innocent men and boys; separated from their families as they fled Fallujah and sent for interrogation by the Iraqi army. Others were confirmed militants. All were given food to eat and water to drink by PLC.

The reason? “Love means going to the hard places”.

The PLC have asked the world to “Choose hope, bravery, and peace with us, one step at a time.”

The organization explained: “At the core of violence and conflict, is fear. We fear loss. We fear shame. We fear ideologies and religions. We fear vulnerability. So we fight, first with attitudes and words, then with fists and bombs.”

The group’s mission statement is to change the way the world engages in the “most polarizing conflicts by confronting fear with acts of love.”

Among the PLC team was a man named Sadiq.

He gave water to a bound prisoner dressed in a yellow jumpsuit, who he recognised from an ISIS propaganda video posted online. This man, a tribal sheikh loyal to Islamic State, had stood and watched as a friend of Sadiq’s was brutally executed.

“You killed my friend,” Sadiq said, as he poured water into the man’s mouth. “But I’ve come here to feed you.”