Though its story is far from over, China serves as a clear example of the borderless, limitless work of redemption taking place in a country that many would classify as God-forsaken. 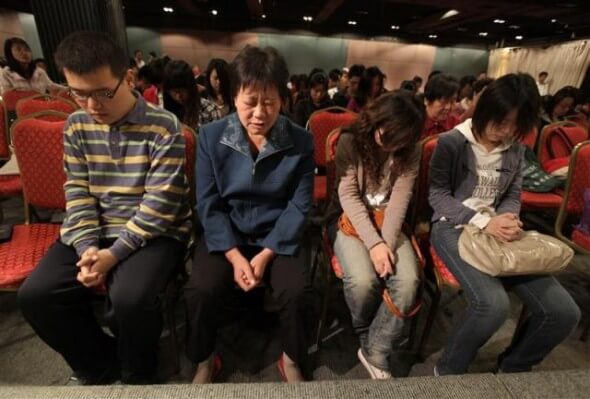 There have been many reports about the seemingly paradoxical rise of Christianity in nations with high levels of persecution, such as China, but the size and scope of that rise could be far larger than previously imagined.

According to Rodney Pennington of the Overseas Missionary Fellowship (OMF), China is projected to become the largest Christian nation in the world by 2030. Pennington, who studies church growth, explained this prediction last summer in an interview with The Christian Post.

“We are overjoyed with what the Lord has already done in China,” he said. “But that doesn’t mean the task is finished.”

“While 200 million Chinese believers by the year 2030 may seem ambitious, it certainly gives us a strong goal to pray toward,” he added.

Pennington noted, however, that in order for China to eventually become a key pillar of the global church, many changes would have to take place.

On Tuesday, CBN News discussed the future of the church in China during its weekly Facebook live show, Christian World News Now.

CBN’s George Thomas explained that while “most of the mainstream media likes to cover China’s military might and its political prowess,” reports often overlook “this incredible move of God.” He specifically mentioned 24-hour prayer rallies held by faithful Christians in hundreds of churches across the country.

“They’re praying for revival — praying that God would do a supernatural work in their nation,” he said.

Thomas called the explosive rise of Christianity in China “remarkable,” given the country’s history of Communism and government-mandated censorship.

Thomas explained how in the ’70s and ’80s, the Christian faith was forced underground.

“They were literally worshipping in caves … in the sides of mountains,” he said. “And they were very secretive.”

Today, there seems to be a resurgence of bold, unapologetic Christianity in China, where outspoken Christians are openly resisting the government’s attempts to silence them. Some churches, Thomas added, have gone so far as to invite Chinese officials into their houses of worship as a sign of transparency.

And with the global rise of radical Islam, especially in the Middle East, many Chinese believers are fleeing the persecution they face at home and trekking to other countries to spread the Good News.

“God is raising up a new generation of men and women to take the Gospel of Jesus Christ to these very difficult places that historically, Western missionaries would go,” Thomas said.

MUST SEE: Persecution CANNOT kill the gospel in China! See why China could become the biggest Christian nation on the planet by 2030! You don't want to miss this…tune in and tell us where you're watching from! #CWNNOW