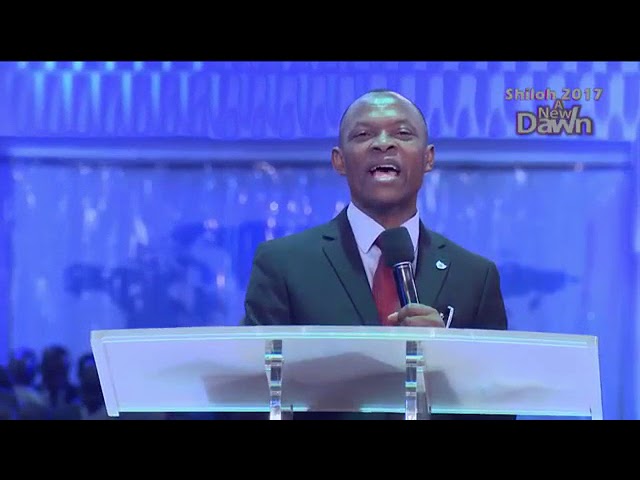 Bishop Thomas Aremu is the Vice President (Foreign Missions) of the Living Faith Church Worldwide (Winners Chapel) under the leadership of Bishop David Oyedepo. He is presently the Senior Pastor of the Ibadan Church.

Bishop Thomas Olayiwola Aremu was born on 18th March 1957 in Oyo town, Oyo State. He had his primary school education between 1963 and 1969 while his secondary school education was between 1970- 1973 after which he worked as Typist, Account Clerk and College Bursar at Notre Dame Girls Secondary School, Oro, Kwara State between 1973 – 1976.

He proceeded for further studies at Catholic Technical College Ile- Ife and The Polytechnic Ibadan between 1976 – 1982 where he came out with distinction in Accounting and Higher National Diploma HND (Upper Credit) in accountancy respectively. He also bagged a Post – Graduate Diploma in Public Administration of University of Lagos in 1990 from Administrative staff College of Nigeria (ASCON).

As regards his career life, Bishop Thomas worked in the Public Sector holding various management positions between September 1983 and March 1993, and in the Finance Sector between March 1993 to May 1994 when he received the call of God into Full Time Pastoral Ministry.

Bishop Thomas Aremu was enlisted as Full Time Pastor in Living Faith Church Worldwide in May 1994. He was the Pioneer Pastor of Living Faith Church Ibadan, a church that grew under his Pastorate to 10000 memberships in only four years. He has also been privilege to be the Senior Pastor and Regional Overseer in various branches of the Living Faith Church in Ilorin, Kaduna, Port Harcourt, Johannesburg, South Africa, and Accra Ghana.

He is married to Pastor (Mrs.) Elizabeth Moradeyo Aremu and they are blessed with Four children Faith, Love, Thomas (Junior) and Emmanuel.