If you are going to dictate to me that I’m supposed to pretend that men are women and women are men, no, my answer is no 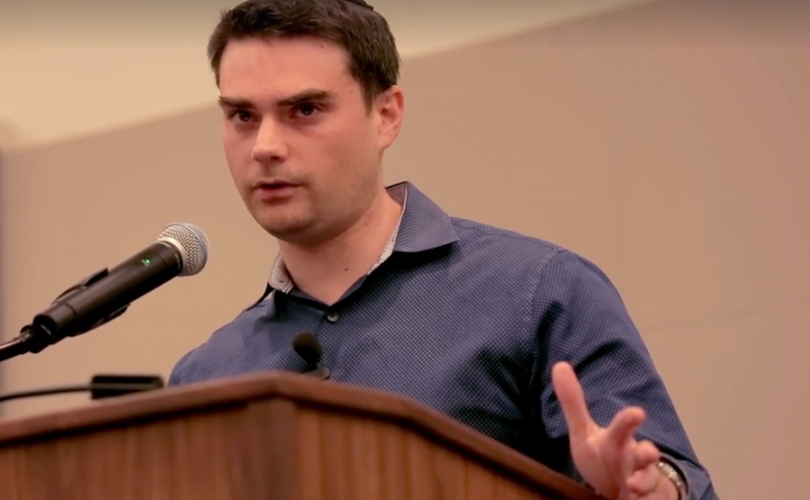 In a video posted on the commentator’s Facebook page, Shapiro answers questions about whether society should pretend that “men are women and women are men.” He also calls out an abortion supporter for using rape and incest as an excuse to justify all abortions.

“The idea that sex or gender are malleable is not true,” he said. “And I’m not denying your humanity if you’re a transgender person; I am saying that you are not the sex to which you claim to be. You’re still a human being, and you’re a human being with an issue that I wish you Godspeed in dealing with in whatever way you see fit.”

“I am saying that the Boy Scouts have a standard. You must be a biological boy to be a Boy Scout,” he said.

“Where is that written though?” a woman questioning him asked.

“In the name Boy Scouts,” Shapiro replied, causing the audience to laugh and applaud.

Shapiro compared saying it’s possible to identify as another gender with identifying as a different age. He also used Planned Parenthood’s own numbers to make the case for why it’s an evil organization and called out abortion supporters for thinking that “first breath” is what makes a baby a person.