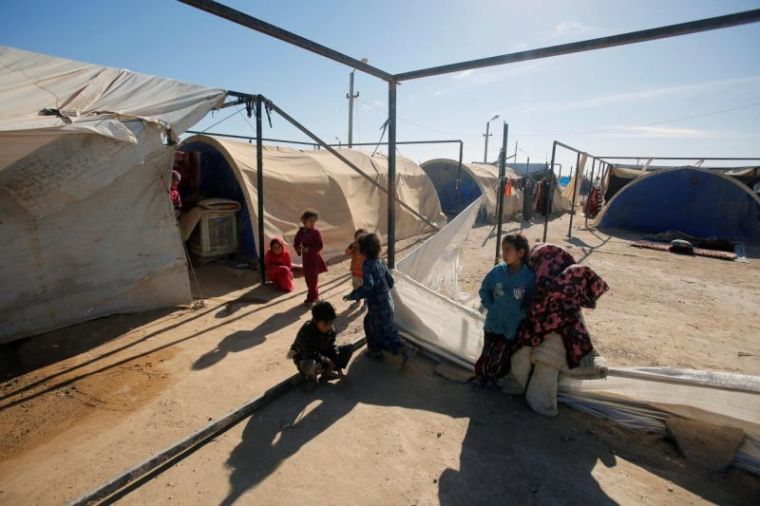 Four Christian aid workers who were kidnapped in Iraq in January have been freed, according to the office of French President Emmanuel Macron.

All of them served with the French-based Catholic nongovernmental organization SOS Chretiens d’Orient (Christians in the Middle East). The charity served in Iraq since 2014 to help Christian communities rebuild in the wake of the Islamic State’s reign of terror that displaced thousands from their homes.

A statement released by Macron’s office Friday only confirmed the captives were released but offered very few details on the conditions of their release except to say that Élysée Palace made “every effort to reach this outcome.”

“The president of the republic welcomes the release of our three nationals Antoine Brochon, Julien Dittmar, Alexandre Goodarzy and Iraqi Tariq Mattoka,” the president’s office said in a statement. “The president expresses his gratitude to the Iraqi authorities for their co-operation.”

The release comes one day after it was announced that the French government would withdraw all troops stationed in Iraq until further notice due to the novel coronavirus outbreak. There are at least over 458 confirmed cases of the virus in Iraq as of Friday, according to Johns Hopkins University & Medicine Coronavirus Resource Center.

Jean-Rémi Méneau, the deputy head of mission in Iraq for SOS Chretiens d’Orient, said in a statement that the “darling freedom” that was taken from his colleagues is “finally back.”

“This forced isolation, this withdrawn comfort and this imposed distance end this beautiful evening,” Méneau wrote, according to a Google translation. “Our Lady of Pontmain had said: ‘But pray my children. God will hear you in no time.’ Then we prayed as a group, individually, or hidden in public, we prayed and we have been granted.”

“I can’t help but keep a thought for all these hostages around the world who have not yet experienced this joy of liberation, and who may never know it,” Méneau added. “Let us continue to raise our prayers to the Lord for them and their families.”

The organization’s director, Benjamin Blanchard, explained at a news conference in January that the kidnapped workers were in Baghdad to “renew their visas and register the association with Iraqi authorities.” They were also in the city to inspect the organization’s programs and the opening of a new school.

According to the BBC, SOS Chrétiens d’Orient released a statement last week explaining that no group had claimed responsibility for the abduction and that no demand for ransom was received.

Iraq ranks as the 15th-worst country in the world when it comes to Christian persecution, according to Open Doors USA’s 2020 World Watch List.

“The killing and kidnapping of Christians; since 2003 this has occurred in waves, causing feelings of great insecurity,” an Open Doors USA country dossier on Iraq reads. “These two reasons are among the main causes for Iraqi Christian emigration and for the depletion of the Christian community in Iraq.”

In Iraq, Christians have faced a drastic decline in their population since the start of the Iraq War in 2003. Christians were further driven out of the country due to the rise of the Islamic State in 2014.

A Win for Free Speech In the Abnormal Gender & Sexuality...