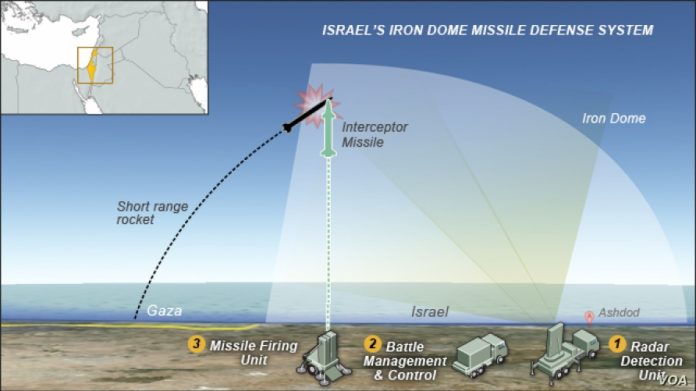 The contract to purchase two Iron Dome systems for the U.S. Army’s interim cruise missile defense capability has been finalized, according to the deputy in charge of the service’s air and missile defense modernization efforts.

The contract was signed in the last few weeks. Israel and the U.S. are currently in talks on transferring the systems to America.

“Now that the contract is set in stone, the Army will be able to figure out delivery schedules and details in terms of taking receipt of the systems,” Defense News reports.

Iron Dome is meant as an interim missile defense solution for the U.S., but Defense News says it could turn into a permanent solution depending on its performance in the field.

“While Iron Dome has been in operational use by the Israeli Air Force since 2011 and proven effective in combat, it should be noted that the U.S. Army will assess a variety of options for its long-term IFPC solution,” the U.S said in February when the deal was announced.

IFPC refers to the Indirect Fires Protection Capability program, which is developing missile defense against a variety of threats.

The deal has been described as historic, marking the first time Israel has sold a standalone weapons system to the U.S., which typically fields weapons that are superior to other countries.

The Iron Dome, which is built by Rafael Advanced Defense Systems and co-developed with U.S. firm Raytheon, protects against incoming missiles by shooting them out of the sky.

Most recently, in May, facing a barrage of some 690 rockets from the Hamas-ruled Gaza Strip, the system achieved an 86% kill rate. Only 35 rockets and mortar shells got through to score hits, the IDF reported at the time. The rate might have been higher if Israel had more Iron Dome batteries at its disposal.

In February, Prime Minister and Minister of Defense Benjamin Netanyahu said: “A great achievement for Israel, this is yet another expression of the strengthening of our strong alliance with the U.S. and an expression of Israel’s rising status in the world.”

I Support Israel Because I’m A Christian: Mike Pence