Arrests and disappearances of believers are common in Ethiopia, and those who leave Islam face harsh mistreatment from family members.

In Opendoors’ World Watch List of Top 50 Countries Where It’s Deadly To Be A Christian, Ethiopia is ranked 29. In this Country, government regulations restrict the freedom of religion, while in some parts of the country conservative Muslims pose challenges for believers, especially converts from Islam.

For Ibrahim, his family has become the source of his persecution.

“I was taught that killing Christians was good,” says 20-year-old Ibrahim*. “My Muslim family taught me that it was the way to get a ‘ticket straight to Heaven.’”

But the cross always fascinated Ibrahim.

“I never really knew what the cross meant other than the fact that it was a Christian symbol,” Ibrahim explains. “But I kept researching it, and secretly started attending a local evangelical church. Finally, I understood that the cross was my salvation. The cross was my ‘free ticket’ to Heaven, to salvation.”

Ibrahim remembers the day he gave his life to Jesus, knowing what his parents had taught him about Christianity. He knew his decision to follow Jesus would be potentially fatal.

My father had even warned me as a child that if I ever became a Christian, he would kill me,” Ibrahim says. “I knew my conversion would bring utter shame to the family. There would be no other response from them than to seek to kill me. I knew I couldn’t tell them, I knew their threats would not only be verbal. They would really seek to kill me.”

Ibrahim kept his faith a secret. When he went to church, he would tell his parents that he was going to a football game.

Until one day when Ibrahim came home. He saw his parents’ faces and knew this would be the day his life would change.

“There was no match today,” his father said. “You have deceived us! You lied to us! Where have you been?”

Ibrahim tried to avoid answering their questions. His father said he had heard from others that his son had been attending church. He told Ibrahim he would confirm with his sources before he took any action.

“I knew I had to run away. I took nothing but the clothes on my back.”

For a while, Ibrahim lived on the streets until an evangelist called, saying he could stay with him. The teenager stayed there for seven months before a relative reported his whereabouts to his father.

“He had been watching me for a while and knew exactly where I lived and worked and attended church. He told my father exactly where to find me.”

Still angry about Ibrahim’s decision to convert from Islam, his father came to Ibrahim’s work and openly shouted at him, harassing him in front of everyone.

“He accused me of betraying the family and bringing shame on them. I had to leave again.”

Again, Ibrahim had nothing but the clothes on his back.

That’s when Ibrahim met a contact from Open Doors who arranged a place for him to stay. Currently, Ibrahim remains in hiding. His brothers are searching for him to kill their brother and the evangelist who protected him, Ibrahim says.

“But there is no turning back for me,” Ibrahim says resolutely. “Before coming to Christ, I hated people. I was mistrusting. When I gave my life to Christ, I had to leave my home and all that I loved behind. It is then that I began loving people.

“Peace filled my life. People measure their lives by what they own, but I know that peace comes from Jesus.” 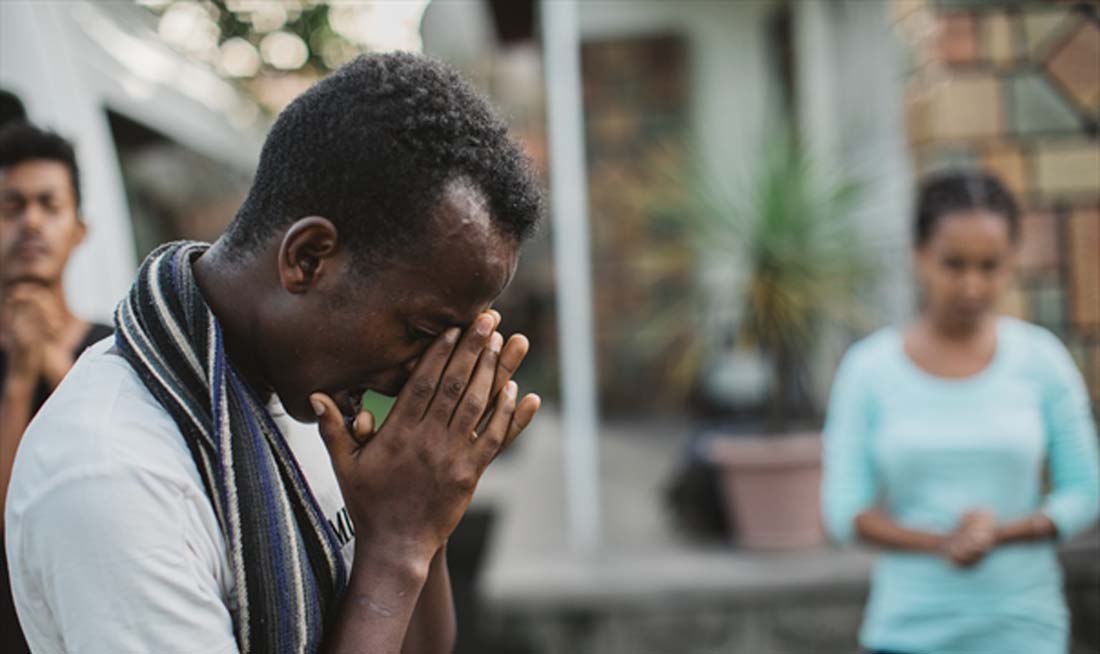 Pray that Ibrahim will continue to stand strong in the face of persecution from his family. Pray for protection as his family hunts for him.

Pray for Ibrahim who now has no ties to his family. Ask God to be near to him and to send others to be his family.

Pray for Ibrahim’s family, especially his father, that their hearts would soften toward Ibrahim and ultimately, they would come to know the Jesus that Ibrahim met.

Recently, Ibrahim took part in a youth ministry trip, where he was able to spend time with other persecuted young people and learn from them. Pray also that Ibrahim will continue to find fellowship and community with persecuted believers like him.