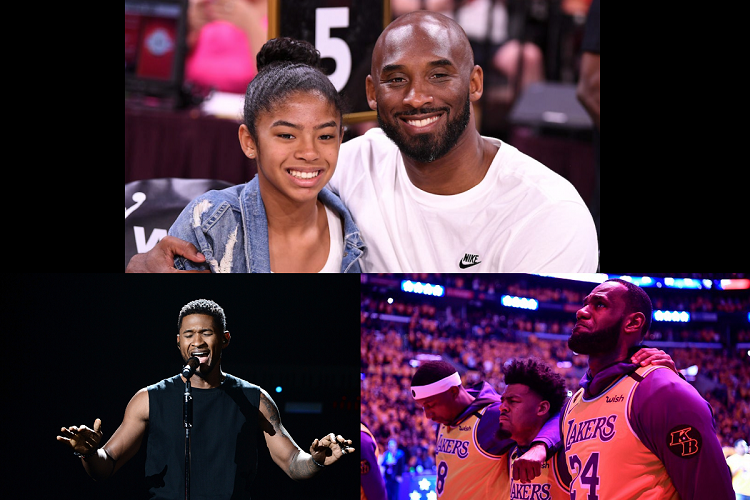 R&B icon Usher sang a powerful rendition of “Amazing Grace” as the Los Angeles Lakers’ honored Kobe Bryant, his daughter Gianna and the seven other victims who were killed after a tragic helicopter crash.

The singer performed Friday night at the Staples Center at the Lakers’ first game since Bryant’s death. But after singing a few verses, Usher took it to another level.

His heartfelt version of the classic Christian hymn transitioned into Spirit-led worship, crying out to God for spiritual healing for everyone in attendance. He sang:

Prior to the game, Lakers’ Chaplain Romell Witherspoon offered Biblical guidance to home players and the opposing team.

He explained that mentally preparing the players for this game was different, given that emotions are still high.

“This is not something that anybody has practice in. This is a different level because the way he (Bryant) impacted each individual personally is different,” Witherspoon said. “What I often say is that the presence of trouble does not destroy the potential of triumph. I think that when you’re in it, it’s very difficult to see the light of day. That’s where my job becomes so important.”

Witherspoon has been in contact with several of the Lakers’ players since the crash. “I just wanted to reinforce the fact that I was present, ready, willing and able to assist in any way that I could,” he said.

Lakers’ star player LeBron James wrote on Instagram about the pain he is still feeling from the loss of his close friend.

“I’m heartbroken and devastated my brother!! Man, I love you big bro. Please give me the strength from the Heavens above and watch over me!”

In a speech that came straight from the heart, James thanked everyone for coming out to celebrate Bryant’s life.

“As I look around this arena, we’re all grieving, we’re all hurt, we’re all heartbroken. When we’re going through things like this, the best thing you can do is lean on the shoulders of your family. Everybody that’s here, this is really, truly a family. I know Kobe, Gianna, Vanessa and everybody thanks you guys from the bottom of their heart. I know at some point we will have a memorial for Kobe. I look at this as a celebration tonight.”

My Biggest Title Is The Love Of Christ – Liverpool Star Firmino

2021, How Jesus Christ Appeared To This Muslim Woman Leading Her...