………..more and more children are choosing to attempt suicide, self-harm and take drugs to escape the horrors of the everyday life. 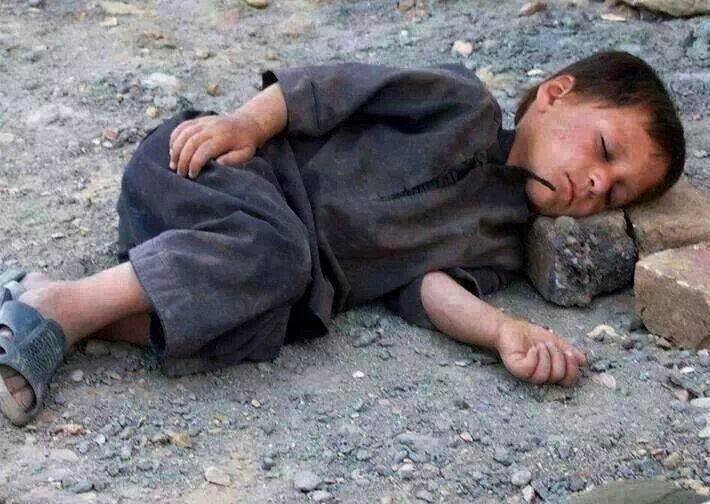 Children as young as twelve are attempting suicide and engaging in other “self-harming” acts to escape the personal hell of living in Syria, a country that has been engulfed in war for the past six years.

A new report released by Save The Children said that one in four children (2.5 million) inside the Middle Eastern country are on “the brink” of developing a mental health disorder. Symptoms so far include battling nightmares, bedwetting, suicidal thoughts/deaths and depression.

According to a Syrian mental health worker by the name of Sherif, suicide is becoming more of a “normal occurrence” citing that, “…five to six months ago, a child who was 12 years old committed suicide.”

A tragedy that “We never had… even (with) older people.”

The unidentified child lost his dad in a car bomb. And according to sources, when people explained to the young boy that his father died and that now he’s a “martyr” and in “paradise” the boy wanted to be with him, so he hung himself with a scarf.

The agency estimates that out of the 13.5 million people still inside, there are 6.75 million children who are victims of “toxic stress.”

The Harvard University’s Center on the Developing Child says toxic stress can have damaging effects on learning, behavior, and health across a person’s lifespan.

Psychologist Marcia Brophy, who spoke to almost 500 Syrian adults and children to gather information for the report also explained the deadly impact “toxic stress” has on people of all ages especially children and those that are suffering.

Brophy told the Thomson Reuters Foundation, that more and more children are choosing to attempt suicide, self-harm and take drugs to escape the horrors of the everyday life. And the rate of doing this, is also happening at a much younger age than ever before.