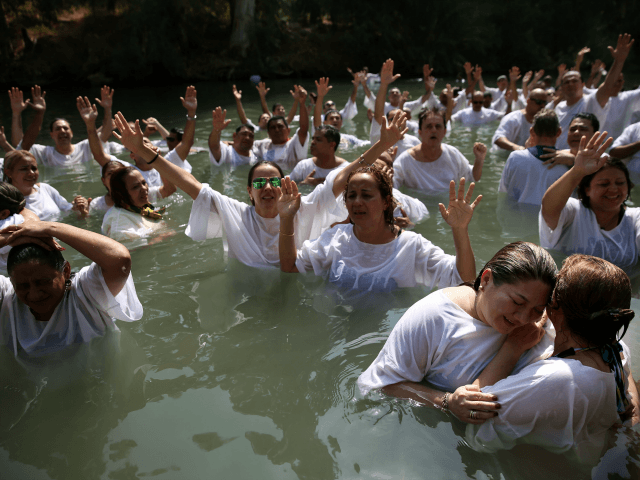 Everyone loves a good story. As Christians, we especially love stories that tell us how God makes a way, when all seems lost.

One such story is about the church in Iran—and it’s one of the greatest stories in the world today.

It’s a simple story that can be summarized in just two sentences:

2. Instead, the church in Iran has become one of the fastest growing in the world, and it is influencing the region for Christ.

As simple as it is, such an amazing story is worth examining deeper.

The Iranian revolution of 1979 established a hard-line Islamic regime. Over the next two decades, Christians faced increasing opposition and persecution: All missionaries were kicked out, evangelism was outlawed, Bibles in Persian were banned and soon became scarce, and several pastors were killed. The church came under tremendous pressure. Many feared the small Iranian church would soon wither away and die.

But the exact opposite has happened.

Despite continued hostility from the late 1970s until now, Iranians have become the Muslim people most open to the gospel in the Middle East.

How did this happen? Two factors have contributed to this openness. First, violence in the name of Islam has caused widespread disillusionment with the regime and led many Iranians to question their beliefs. Second, many Iranian Christians have continued to boldly and faithfully tell others about Christ, in the face of persecution.

As a result, more Iranians have become Christians in the last 20 years than in the previous 13 centuries put together since Islam came to Iran. In 1979, there were an estimated 500 Christians from a Muslim background in Iran. Today, there are hundreds of thousands—some say more than one million. Whatever the exact number, many Iranians are turning to Jesus as Lord and Savior.

In fact, last year the mission research organization Operation World named Iran as having the fastest-growing evangelical church in the world. According to the same organization, the second-fastest growing church is in Afghanistan—and Afghans are being reached in part by Iranians since their languages are similar.

The testimonies of Iranian men and women who’ve come to Christ are powerful.

Kamran was a violent man who used to sell drugs and weapons. One day, a friend gave him a New Testament. After reading for five consecutive days, Kamran gave his life to Jesus. When his family and friends saw his transformed life over the ensuing months, many of them also came to faith. A church now meets in Kamran’s house.

Reza was a mullah (a Muslim scholar) who hoped to become an ayatollah (a Shiite leader). One day, while studying at an Islamic seminary in Iran, he found a New Testament that had been boldly left in the library. Out of curiosity, he picked it up and was deeply shaken. Over time, he fell in love with Jesus. Today Reza is a trained church planter serving in the Iran region.

Fatemah’s earliest memories were of being raped by her brothers. At age 11, she was sold into marriage to a young drug addict who abused her and then divorced her when she was 17. Upon returning home she was raped again. Then she left her home. On the streets, she heard the gospel preached, and she trusted Jesus. In time, she married a Christian man. As they were receiving training in evangelism and church planting, Fatemah felt called to go back home and witness to her family. Her entire family repented and gave their lives to the Lord. The first church Fatemah and her husband planted was in her childhood home.

I’ve had the privilege of hearing Kamran, Reza, and Fatemah share their stories. I’ve heard countless other testimonies that are equally remarkable. Each one is a painful and yet marvelous celebration of the gospel’s beauty. Each one is a powerful reminder that despite trials and persecution—perhaps because of the suffering—the gospel of Jesus shines and the church of Jesus grows.

THE STORY GOD IS WRITING

We’re living in a time when many Christians are suffering for their faith, particularly in Islamic contexts. People often react by preaching fear and hatred of the Muslim world. Yet the apostle Paul reminds us that we are to “rejoice in hope, be patient in tribulation, be constant in prayer” (Rom. 12:12). This is our call.

And the story God is writing for Iran reminds us that we have every reason to rejoice and remain confident in our sovereign Lord and the power of his gospel. Jesus will build his church. It’s a promise (Matt. 16:18).

I ask that you would keep the people and nation of Iran in your prayers. Please pray for: