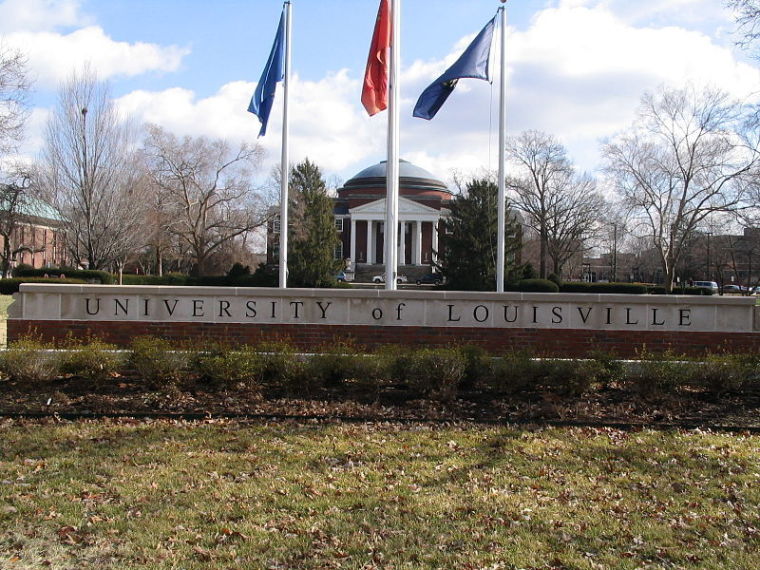 The University of Louisville in Kentucky is barring an unnamed Christian student who passed out literature about the Bible’s teachings on homosexuality from having any more contact with students or a professor associated with an LGBT studies course.

A spokesperson for the university confirmed to The Courrier-Journal last week that the institution issued a no-contact order to a student who passed out pamphlets to students in Professor Kaila Story’s “Introduction to LGBT Studies” course earlier this year.

The student was not enrolled in the class and reportedly “lurked” outside the classroom after handing out the pamphlets.

According to the university’s Title IX resource guide, a no-contact order is “a university directive to cease and desist from any intentional contact, direct or indirect, with a designated person(s).”

The student in question is banned from having any contact with students of the LGBT studies class or Story. It is not clear how long the no-contact order is valid.

Professor Story had complained to leaders within the Pan-African Studies Department, who then raised the incident further with university administration.

University spokesperson John Karman told the newspaper that officials met with the student, who assured that his intention was only to inform, not to intimidate.

The no-contact order represents a course reversal by the university. Initially, after the complaint was raised by Story, The Courier-Journal reported on Feb. 4 that the Office of Student Affairs told the student he was allowed to return to the class only if he gave 48 hours notice.

“While the student’s actions caused concern among the students and faculty in the classroom, he apparently followed the law and university policy when distributing the literature,” Karman stated at the time.

But Karman stressed that the university would continue to monitor the situation. Story and leaders in her department continued to push for the university to take action.

In an interview with the newspaper, Story accused the Dean of Students Office of showing “disregard and dismissive attitude” when it comes to the “concern of student and faculty safety.” Some students complained that the incident made them feel unsafe and some planned a protest on campus.

Ricky Jones, the chair of the university’s Pan-African Studies Department accused the university of “administrative incongruity” and equated the situation to a student passing out racial slurs or Nazi propaganda.

“All this on the same day of yet another campus shooting,” Jones argued. “Sorry, but I can’t be a ‘team player’ on this one. This is problematic and shameful.”

He further contended that “there is a difference between free speech and hate speech.”

The 30-page pamphlet in question — “God and Sexuality” — was written by Christian evangelist Ray Comfort and published in 2015. The pamphlet argues why homosexuality is sinful.

“Perhaps you believe you are gay, or maybe you are sympathetic toward homosexuality and you think that what people do sexually is their own business,” the pamphlet reads. “Whatever the case, I want to convince you that you are sitting in a car on a railroad track with a train coming, and you don’t know it.”

After the backlash to the pamphlets, university President Neeli Bendapudi said in a statement that the university has “much work to do to make sure that all students (and faculty and staff) feel welcome and supported.”

However, Bendapudi stated at the time that the university must uphold the ideals of free speech to “prepare students for ideas rather than protect them from ideas.”

In 2019, Gov. Matt Bevin signed into law a bill that supposedly protects the rights of free speech on college campuses.

The socially conservative Kentucky Family Foundation criticized the school’s decision to issue a no-contact order. In a Facebook post, the organization said it “can’t wait” to see a court get involved in the matter.

A spokesperson for the Kentucky Family Foundation told Inside Higher Ed that administrators cracked under the “pressure of a particular privileged ideological group on campus.”

Martin Cothran argued that it is not a safety risk for a student with a differing opinion to show up at a class.

“Our concern here is that the university might be considering alternative ideas as safety threats,” Cothran argued. “That itself is a threat to the free exchange of ideas.”