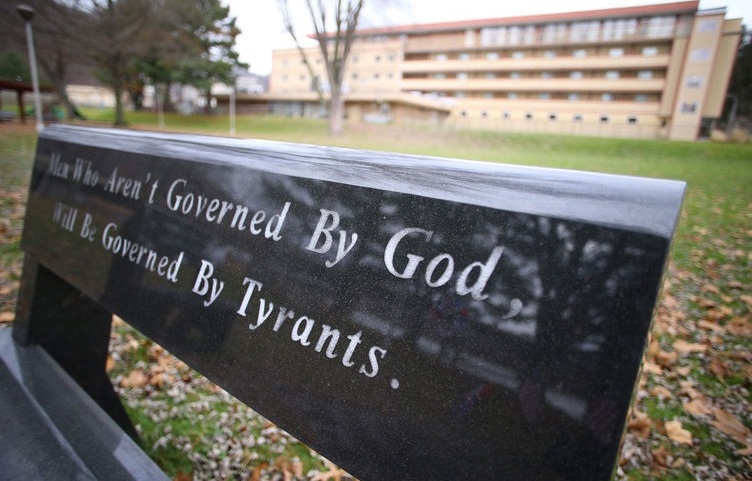 A city council in Pennsylvania ruled to remove a bench that was installed as a mark of honor and respect to military vets. Their reason? The bench references God. American Atheists (AA) sent a letter last November to the mayor of Oil City to request that the Justus Park bench, which was donated in 2003 by a local branch of the Veterans of Foreign Wars (VFW), be removed. It asserted that the inscribed text violates the U.S. Constitution, reports Christian News.

However, local residents have pushed back against AA, launching a “Save the Bench” campaign and pledging over $17,000 should the city face a legal challenge.

“We ask that each one of you recognize that these groups, such as this atheist organization, are fighting a bigger battle and using Oil City as a pawn in their strategy to further their agenda,” campaign co-organizer Heather Mohnkern told city council members during the meeting on Thursday. “For council to be swayed by one voice over the many they have heard in defense of our position would be tragic.”

As A Former Muslim, I Believe In Faith In The Public Square

As A Former Muslim, I Believe In Faith In The Public...

China Arrests 5 Christians For Attending Religious Gathering In Malaysia Where...