A Christian Pakistani teenager was beaten to death by his Muslim classmates on his fourth day at his new school in the Vehari District of Punjab, Pakistan.

Sharoon Masih, 17, an excellent student who scored high marks at his former school, was murdered on August 27th, according to a report by the British Pakistani Christian Association (BPCA).

His impoverished parents had been advised to encourage the young man to pursue higher education, rather than put him to work. His father, Elyab Masih, 35, saved money from his work as a laborer at a brick kiln to pay for Sharoon’s admission at the school in the Vehari District in the Punjab.

Sharoon was bullied from the first day he joined the school. He happened to be the only Christian within his class.

Sharoon’s mother Riaz Bibi, 30, told BPCA that Sharoon was warned by other students not to mix with Muslims at the school.

“You’re a Christian; don’t dare sit with us if you want to live,” one of the Muslim students threatened. Many students called Sharoon a ‘chura,’ a derogatory term used against Christians.

Sharoon’s mother spoke highly of her son. “My son was a kind-hearted, hard-working and affable boy. He has always been loved by teachers and pupils alike and shared great sorrow that he was being targeted by students at his new school because of his faith. 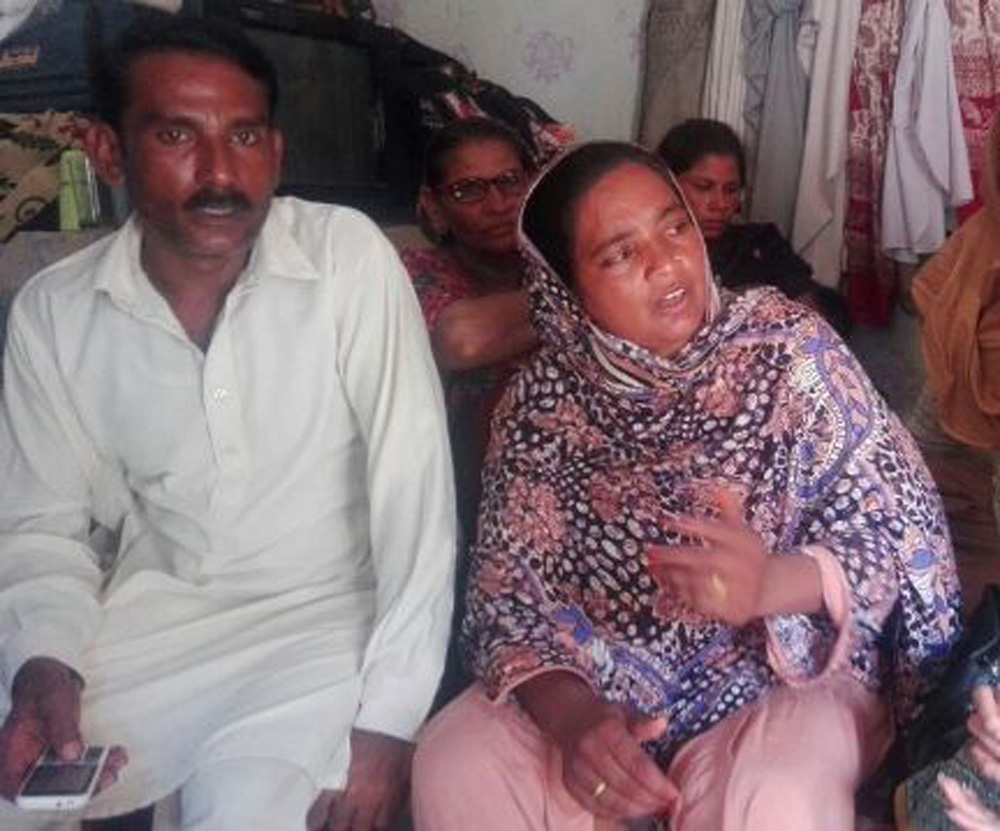 “Sharoon and I cried every night as he described the daily torture he was subjected to. He only shared details about the violence he was facing (with me). He did not want to upset his father because he had such a caring heart for others.”

Reportedly, there were attempts to convert Sharoon to Islam, but he refused to back down from his faith in Jesus.

As Sharoon was beaten, “a cacophony of insults” were shouted at him. The violence was “of such sickening ferocity” that he died almost immediately in the classroom, according to BPCA.

Apparently, the teacher overseeing the classroom ignored the beating and subsequently claimed he was reading a newspaper and did not notice the attack.

Later the teacher changed his story and said the attack happened between classes and that one teacher arrived late, which allowed the incident to occur without being noticed.

The School’s governing body dismissed the teacher from his post.

One student, Muhammad Ahmed Rana, was arrested and confessed to the crime but displayed no remorse. Rana has been unwilling to name any others involved in the attack. He claims that Sharoon smashed the screen on his smart phone, which provoked the attack.

Wilson Chowdhry, chairman of the BPCA, is calling for a reform of the educational system in Pakistan, for the removal of a bias within the national curriculum, which openly demonizes and caricatures Christians.