I cried all the way, thinking the worst, that my son’s leg or arm might have been gone 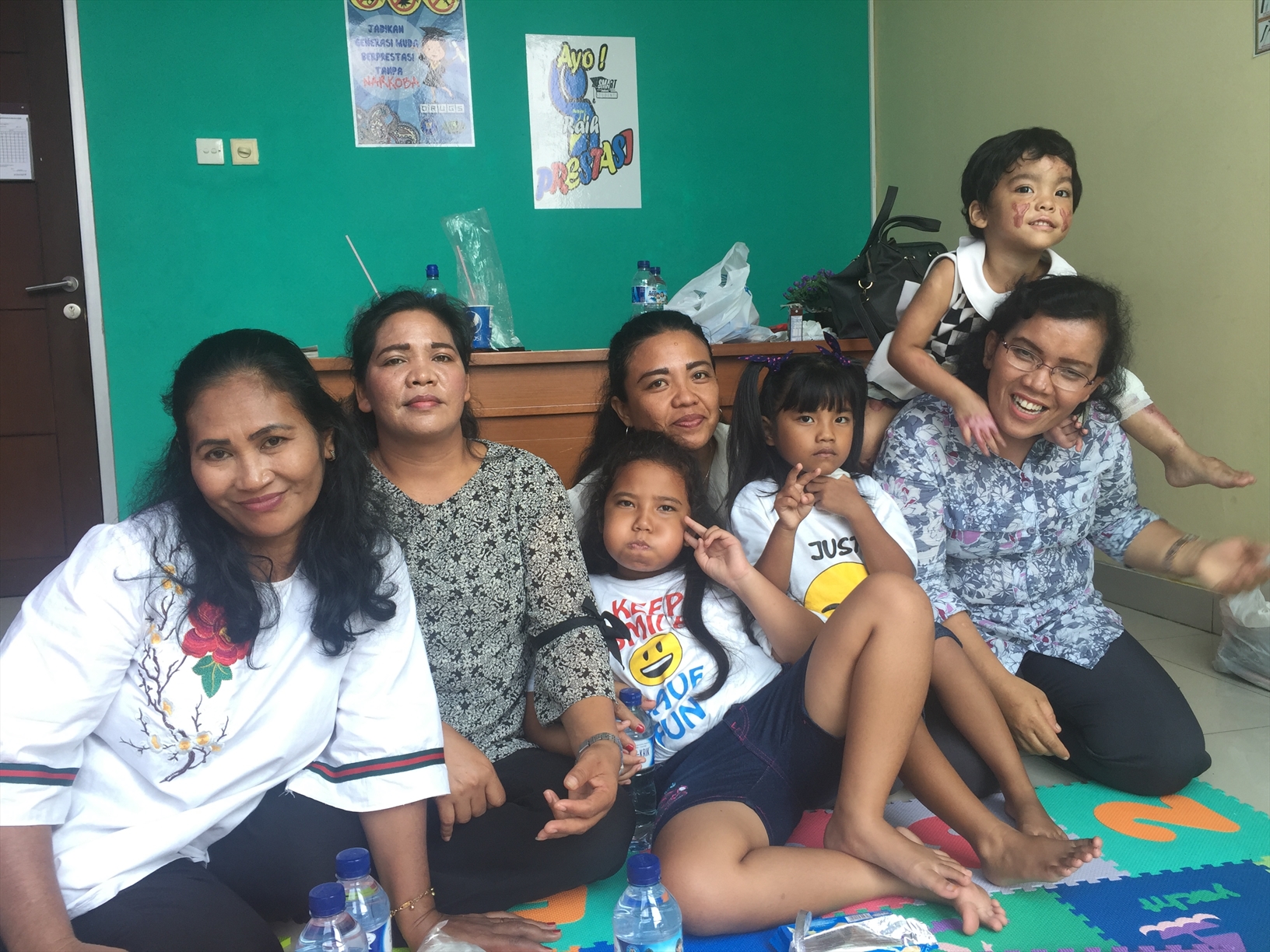 Four-year-old Trinity Hutahaean was playing with her friends in the church park when the Molotov cocktail exploded, covering her small body with flames.

Inside the church, the adult service was still finishing. Trinity’s mother, Sarinah, knew the kids Sunday school class had probably ended, meaning the kids would be near where the explosion came from. In her horror, she rushed to the park.

“I saw her head covered with smoke and her face black. Her body was so hot that I had to rip away her clothes,” recalled Sarinah.

The cocktail was thrown by Jo bin Muhammad Aceng, a man previously imprisoned but then released for terrorist activity in the Indonesian province of East Kalimantan. Aceng was seen wearing a “Jihad way of life” shirt and had previously fire-bombed two religious centers that morning – a Buddhist temple and Catholic church. There were no injuries from the first two. But at Oikumene Church, four children, all under the age of four, were badly burned. One of them, 2-year-old Intan Banjarnahor, died the next day.

Hotdiman Sinaga is the father of Alvaro, a 4-year-old badly burned in the attack. At the time, Hotdiman was at a work site more than 1,000 miles away from where his family lived. It took him 26 hours to make it back after hearing his son was injured.

“I cried all the way, thinking the worst, that my son’s leg or arm might have been gone,” Hotdiman said. I remember asking ‘Why? Why did this happen to us? Why my son? Have I sinned against God so badly?’ But then I realized I would have wronged God by thinking that way. We are all sinners after all.”

The attack has left scars – physically and psychologically – that will never fully heal. Trinity is undergoing a painful, lengthy series of steroid injections to remove keloid (scarring). “I wish there are other options to remove the keloid. I cannot stand to see and hear her screaming before the injections,” Sarinah said.

Trinity must go through general anesthesia before injections are administered. Even adults are unable to stand the pain, according to a nurse, and Trinity can only have two injections every two weeks due to her young age.

“Weeks after the incident, I was certain that Trinity would be healed completely,” Sarinah said. “But now, looking at the slow development, my hope is starting to weaken.”

Alvaro is still traumatized by the incident. “He is still terrified whenever he sees me cooking. He will be screaming, ‘Put the fire out, Mama!’” said Alvaro’s mother, Novita Sagala.

Two-year-old Anita Sihotan was the youngest of all the victims. She has not yet forgotten the sound of the explosion. Whenever her father starts the motorcycle engine, she runs away. Her father, Jackson Sihotang (43), remembered how the three kids were together at the New Year celebration where they squalled at the sight and sound of firework displays.

“It’s so heartbreaking to see them that dreadful night. And we felt so powerless to change the situation.”

Intan’s parents are surviving a different kind of scarring. Their daughter was the sole fatality from the attacks, and every day, they are reminded of their loss. Intan’s mom Diana is still unable to mention Intan’s name in conversation.

“She [Intan] brightened up the house with her singing and never ending questions, and now she’s gone,” Diana said. “It feels so quiet.”

Last Easter was the first time that Diana and her husband visited their daughter’s grave. “I just couldn’t do it before as the pain was too much,” she said.

Diana was three months pregnant on the day Intan died, and they now have a new baby girl in their house that to some extent is a source of comfort in their life.

“This baby, she cures our longing to see my late daughter,” Diana said.

Support for the parents of Trinity, Anita, Alvaro and Intan has come from around the globe. God sent people from all over the country to visit them, and Open Doors has visited these families three times and provided them money, books, toys and video greetings and prayers from the children of Open Doors staff members.

Healing from such a horrifying tragedy will take a lifetime, but the children are slowly moving forward. While they are afraid of meeting new people and looking at things that can reflect their faces back at them, they are learning to regain their self-esteem. Alvaro will always use his hands to display the ‘peace’ symbol when asked to pose for the camera. And Trinity has a contagious spirit that keeps smiling at the camera.

The healing is slow for the parents too, specifically as they struggle with the most unimaginable of tasks: trying to forgive.

“I don’t have any hatred towards the bomber,” Sarinah said. As an elder at the church, Sarinah believes she has a responsibility to model forgiveness to the congregation. “I forgave him already. The most important thing is for my daughter to recover well.”