On Saturday night in St. Augustine, Florida, the shrine of the Florida martyrs will be the backdrop for a Mass, rally, and celebration of religious freedom. A festival which includes popular Christian artist Audrey Assad, the event raises money for persecuted Christians, all proceeds going to the Knights of Columbus’s Christians Relief fund.

The fund has no overhead, and proceeds go directly to Christians in Iraq, Syria and surrounding areas targeted by so-called Islamic State genocide.

The No Greater Love Festival – which I’ll be speaking at – is organized by Floridian Mary Catherine Damon, whose day job is Respect Life Coordinator in the archdiocese there. This was a project she put together as a participant in last year’s GIVEN forum, run by the Council of Major Superiors of Women Religious at the Catholic University of America in D.C, encouraging women in their love and leadership in the Catholic Church.

Damon talks about the festival, the location, and the motivations.

Lopez: What was Given and how has it impacted your life?

Damon: The GIVEN Forum is a fully endowed Catholic young women’s leadership conference where 300 women from across the U.S. were selected to come together and receive extensive leadership formation in order to activate the feminine gifts they have been given into the life of the Church.

How did you hatch this religious freedom event, and why?

Part of attending the GIVEN Forum was submitting a project plan. As I was praying about the project that the Lord was calling me to present, three things were on my heart.

And, finally, how the reality of beauty’s ability to lead the heart of the created to the Creator points to the potential of a great source of healing for our culture. I prayed about it, got confirmation it was the right road, and moved forward, knowing that God would see this through if it were His will. And, well, here we are!

Why is the site of the event important?

The site of this event is so connected to the mission of this festival because it was on this “holy acre” where the first Mass of the United States was said and where seven Servants of God of La Florida were martyred for their faith.

Also, the Shrine to Our Lady of La Leche at Mission Nombre de Dios is where the first Marian shrine in the U.S. was founded and this devotion to Our Lady is one of comfort, healing, and restoration.

What a perfect place to pray for the persecuted Church and their aggressors!

What should the country know about the Florida martyrs?

From 1549 to 1761 many priests and natives were killed in evangelizing and defending the faith in our nation’s colonial land known as La Florida. There are 43 martyrdom events under review. Some events have one martyr and some have many.

It is a seamless story that began in 1549 with the courageous landing of the Dominicans in Tampa Bay – and ended in 1761 in Pensacola as three Apalachee Indians were killed trying to protect the Eucharist.

Many of the stories are available on the cause for canonization website: www.MartyrsofLaFloridaMissions.org.

Why do you think they are not more well known?

The Holy Spirit’s timing is always perfect in these things. There are previous instances since the time of the last martyrdom where the cause for canonization has attempted to be opened, but for some reason Oct. 12, 2015 turned out to be the opening day for the canonization cause for these martyrs.

It wasn’t until recently that a discovery and transcription of over 2,000 manuscript pages of supporting historic documents was made, which played a big role in opening the cause at present.

How might the memories of the martyrs help Christians this Lent?

The website “Martyrs of La Florida Missions” reveals so many stories of Christians in our own land who were set ablaze for their faith and convicted of their belief in our Eucharistic Lord that they fearlessly defended the Eucharist, even unto death. The intensity with which they loved the Lord and offered their lives for His sake gives us a great example and inspiration to the same radical love.

I pray the lives of Servants of God of La Florida inspire us to defend the Eucharist, defend the Word become flesh, defend the mystery of the Incarnation which is truly alive in each and every human person: the unborn, the refugee, the homeless, the marginalized, the struggling family.

The image of Christ in the Eucharist is present in every person as we are all made in the image and likeness of God – let us take up the banner of upholding the dignity of all human life even more intentionally this Lent. I pray No Greater Love this weekend plays some roll in grace moving this forward!

Why is it so important not to forget persecuted Christians today?

As Americans it’s really easy for us to forget about persecuted Christians throughout the world because we are fairly geographically removed and the media coverage on this issue is rather limited. But we must do what we can to be in solidarity with them and help them know that they are not alone in their suffering and pain. We must do what we can to accompany them through this and uphold their own rights and dignity.

Is this cultural? Political? Spiritual?

This festival is more cultural and spiritual in that we are trying to raise awareness in our culture of the great persecution that our Christian brothers and sisters are facing so we can offer them humanitarian relief as well as offer our own little sufferings in union with what they are facing at the present.

Why are music and arts so important to you?

While I was in high school I was in a magnet program for visual and performing arts as a vocal student, but wasn’t able to set time aside to cultivate that further in college. As I came to know St. John Paul II more and more I saw how magnificently he used the arts to express important messages, as well as allowed the beauty of the art to draw the hearts of the viewers into a deeper relationship with God.

It is my hope that we can help this culture of death to be permeated by light and love through the natural expression of beauty! 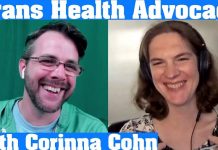