He may not be able to hear it, but a high school student in Des Moines, Iowa, is alive with the sound of music – despite being deaf. 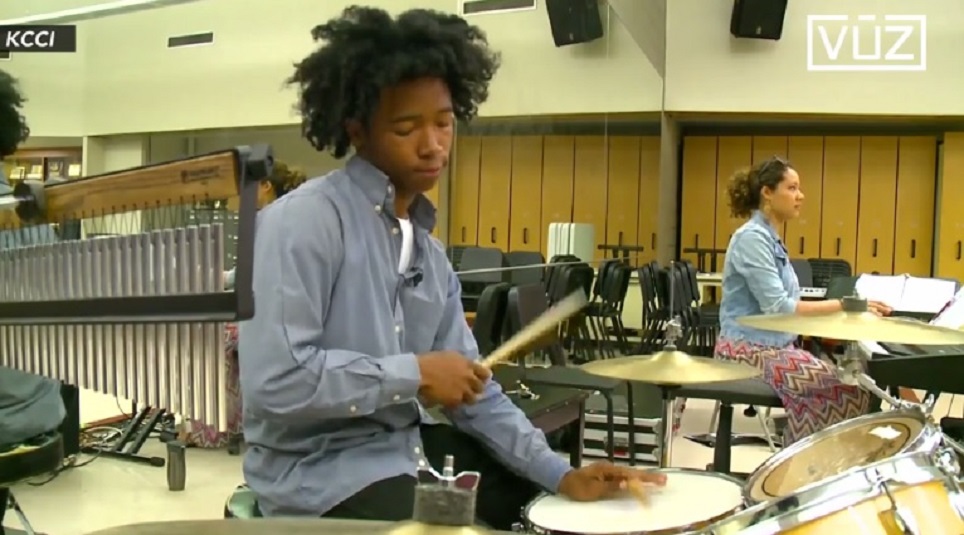 Craig Harvey, student of Theodore Roosevelt High School plays the drums for the school’s gospel group. Harvey had wanted to play the drums since he was 3 years old, the teen told local news station, KCCI-TV.

“I was just a little dude who always came into church, you know, dressed up – suit and tie,” he said, “and I always sat with the drummers.”

Shortly after he was born, doctors began to notice that Harvey had hearing problems, when they would shake bells behind him and he wouldn’t turn around.

The teen is deaf in one ear and wears a hearing aid in the other. But the aid only amplifies his hearing to 25 percent in that ear, he told KCCI.

Harvey can feel the beat, despite not being able to hear it. As the drummer, his job is to keep the rhythm and hold the group together.

“It’s just not easy as a drummer who has a hearing aid, and sometimes I mess up, but I learn from my mistakes,” he said.

Although he faces some difficulties while playing music, Harvey looks to his conductor and sign language interpreter to help him follow along.

Speaking to KCCI, Mr Kevin Biggs, Principal of Theodore Roosevelt High School, said that being deaf isn’t the bulk of Harvey’s identity, and upon meeting him, you may not even realize that he has a disability.

“You don’t even realize that he’s … deaf, I mean, it’s just not something we focus on – that he focuses on. He doesn’t use it as an excuse” Biggs said.