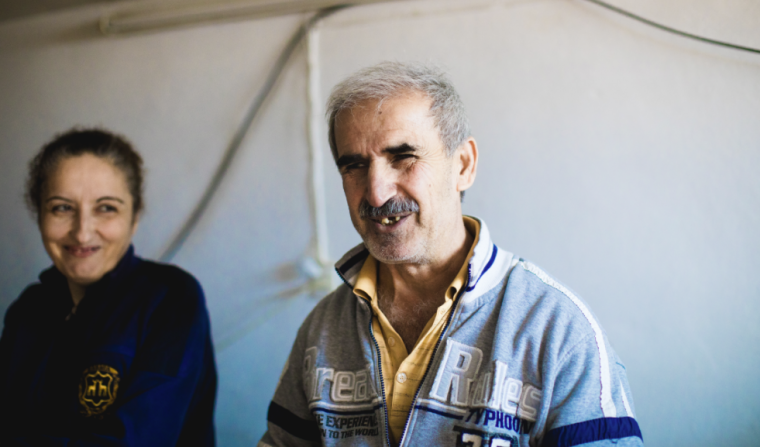 In a refugee home in Amman, Jordan, a blind Iraqi refugee named Fadhil has memorized 87 chapters of the Bible using a solar-powered audio Bible given by a team from evangelistic ministry Leading The Way.

The device weighs only 2.3 ounces and is smaller than an iPhone.

A Leading the Way partner who visited him in his home said it was humbling to hear him. ‘It was convicting, because for us we memorise a couple of verses. But he memorised chapters. He just meditates on scriptures day in and day out,’ said David Bottoms.

Another partner, Ron Hughes, added: ‘Fadhil is someone who would seem unremarkable by the ways of the world. But God doesn’t choose to reveal himself through the mighty and the powerful and the rich. He reveals himself through the poor and the humble.’

Being in his home, he said, was ‘an amazing experience’.

Leading The Way has distributed more than 116,000 ‘Navigator’ devices in 25 different languages, each with the Scriptures and messages from founder Dr Michael Youssef.

It estimates that for each device, roughly 10 people have the opportunity to hear the gospel.

Watch the video of Fadhil HERE