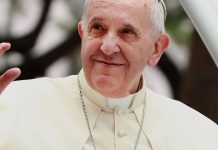 Maldonado together with his wife Prophetess Ana Maldonado, is also the president and co-founder of the University of the Supernatural Ministry. A non-denominational Christian entity affiliated with King Jesus Ministry

In an interview conducted by Publishers Weekly, Maldonado stated that Christ appeared before him during intense prayer and audibly spoke to him saying, “I have called you to bring my supernatural power to this generation”. He started a church with twelve members in 1996. He has written over 50 books and manuals which many of them have been translated into Spanish, English, Portuguese, Italian, and French. Maldonado also preaches what he sees as the message of Jesus and his redemptive power on Maldonado’s international television program The Supernatural Now, which is aired on TBN, Daystar, and The Church Channel. As of May 22, 2013, his ministry, along with other of his affiliated daughter churches, have a combined membership of 20,000 congregants.

Maldonado teaches that Christian believers need to use the power of God to demonstrate that God is active in the world today just as he was during the time of the primitive church. He believes that without the supernatural power of God, it is impossible to truly know God and receive His blessings of healing, wealth, deliverance, among others in our life. His teachings also focus on establishing what he calls the Kingdom of God. He explains that the Kingdom of God is not a physical place, but a network of thoughts, lifestyle, principles, laws and fundamentals that govern the entire universe.

Born January 10, 1965, Guillermo has a Doctorate in Divinity from Vision International University and Masters in Practical Theology from Oral Roberts University.

He led the opening prayer of the US House of Representatives October 14, 2009 and October 10, 2013, and was invited to the White House to witness the signing of an executive order promoting free speech and religious liberty.

Maldonado is married to Ministry partner Ana Maldonado. He currently resides in Miami, Florida with his wife and their two sons Bryan and Ronald.

Maldonado won the Spanish Evangelical Press Association (SEPA) award for the best original books in Spanish which are;