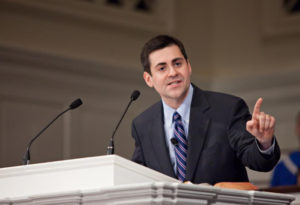 “What would it say to the world around us if they saw our churches made up of every tribe and tongue and nation and language serving one another, loving one another?”

“What they would see is a sign of contradiction to the outside watching world.”

“When the rest of the world wants to retreat back into ethnic silos, we instead should make it clear that we are one family, that we are one body, and that an attack on one part of the body is an attack on the whole, including the head, the Lord Jesus Christ,” Moore continued.

“We should lead with gospel clarity and we should do so not with a sense of hopelessness as the lost world sometimes does but with the understanding that Jesus can change people and that the gospel can change things … the arc of the moral universe is long and it bends toward Jesus.”