Under a white bucket hat and blue-tinted glasses, Michael Kativa’s smile is as wide as his face and his eyes sparkle in mirth. His tall height and outgoing personality set him apart from many of his San peers.

The foundation for Michael’s vibrant joy lies within the confidence he finds in Jesus. Quite comfortable in his camping chair, he sat back, crossing his legs, and explained, “I am thankful I am saved and that my life has been transformed because of God’s Word. It has brought me peace with God.”

Before he knew the stories found in Scripture, Michael would often get into fights and drink too much. His wife left him many years ago, and he has since experienced the death of his daughter and has become estranged from his son.

“The Bible exposes what is wrong in your life,” he says.

As a San elder, Michael desires a better life for the people of his home village, Kapatura. Michael lived in Nambia for many years, but returned to home 15 years ago. Now as an elder in the community, Michael says hopes to be a father figure to many of the young people that live nearby. He passionately lives a changed life in order for more lives to change. 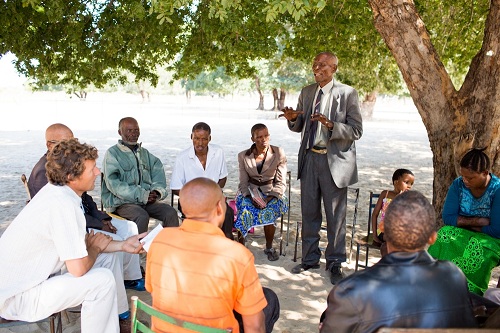 Many people in the community do not know how to read. For the San people, the life of Jesus is a story best told orally, around a campfire or under a neighbor’s tree. Michael has been part of the Bible storytelling project in Botswana since it began just over a year ago and he is encouraged by the changes occurring in Kapatura. Many more young people in his village have started attending Bible studies organized by field coordinator, Eben Le Roux. This is a big accomplishment because, “the young people are disillusioned,” says Eben. “Many do not believe that the Scriptures bring hope.”

No matter the resistance or obstacles, Michael is set to change his people for the better. He is looked up to by many of the workshop attendees and his fellow narrators because he is knowledgeable but more importantly, because he cares about those around him. His confidence is not just a character trait, but clearly a work of the Holy Spirit. He is an elder set on changing the world around him only because he can proudly proclaim, “God is the same, He doesn’t change.” 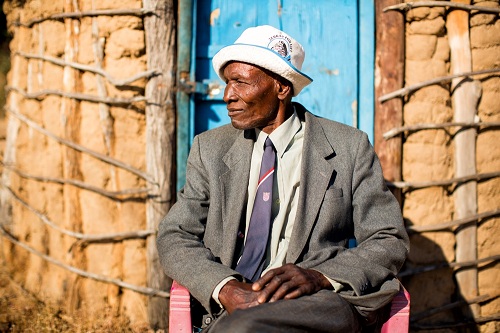