Several times, we read and talk about what God has said in His word about us and people around us, and we try to obey. Several people claim to be ‘obeyers’ of the word, but are not ‘really’ doers of the word.

The word of God is not just for us to accept, but to do. It is in doing that you become what the word says about you.

For instance, the word teaches that the Great Mighty Spirit who raised Jesus from the dead lives in you, therefore, live like one who is indwelt by the Mighty Holy Spirit, and you would have nothing to ever be scared about or worry over.

Our opening Scripture says “Be you doers of the word, not hearers only, deceiving your own selves”.

Many good people have deceived themselves because they are not doing what the word says about them.

The Word tells you what manner of man you are. A doer of the word therefore knows who he is in Christ Jesus, and cannot be a failure unless he forgets what manner of man he is. He has great confidence in the Great Spiritual Realities to which He is united. He is a true Ambassador/representative of Christ (2 Corinthians 5:20), and as an ambassador, he has the backing of the supreme council of the universe, he has the backing of the trinity and all the angels of God.

See yourself in the mirror of God’s word today and live the life of what the word says about you.

Prayer: Lord help me to be, not just a hearer of the word, but a doer of it, in Jesus name, Amen.

Action Point: Find out what the word says that you are not doing yet and start doing it today.

Have a blessed weekend

The Word Of His Grace 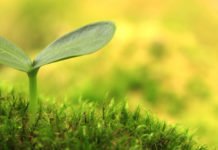 It’s The Principle That Works 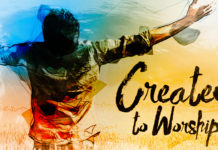