A British couple kidnapped and held to ransom in Nigeria have spoken of their ordeal, including the moment one of their fellow missionaries was shot dead.

British optician kidnapped in Nigeria was shot dead after trying to cheer his fellow hostages by playing “Amazing Grace” on his acoustic guitar, two of his fellow missionaries have told The Telegraph.

Ian Squire, 57, was killed instantly after being hit by a salvo of shots fired by one of the gunmen that abducted the four-strong missionary team from their clinic in the southern Delta region on October 13.

Details of how Mr Squire died had previously not been made public, and it had earlier been reported that he had died of an asthma attack after being unable to access medication. 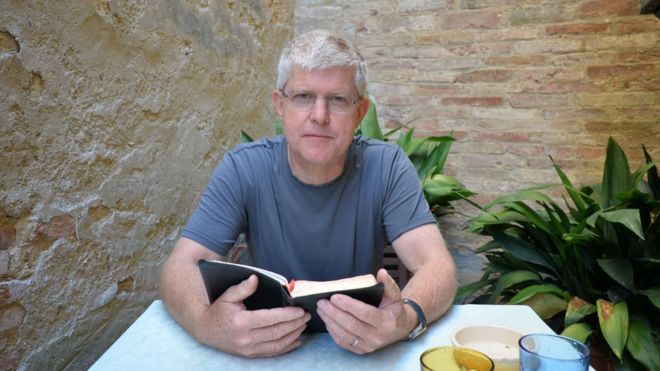 However, in an interview with the Telegraph, his fellow hostages David and Shirley Donovan say that he was killed the morning after they were abducted by the gang, who hid them in a bamboo hut in a remote swamp.

Dr Donovan told the Daily Telegraph how the group’s spirits were lifted when the kidnappers returned a guitar and Mr Squire played Amazing Grace.

He told the paper: “It was the perfect song, and at that point things began to look not quite as bad.

“But then, after Ian finished playing, he stood up, and a salvo of gunshots killed him instantly. We didn’t see who did it, but it was obvious that someone in the gang had shot him. It was terrifying to see.

“We jumped out of the shack and into the water as we thought they were coming for us next, but a member of the gang came and put us back in there with Ian for the rest of the day.”