I want to be out there with my guys,” he said. “I want to be … coaching these young men on how to become better young men, and doing it through football.” 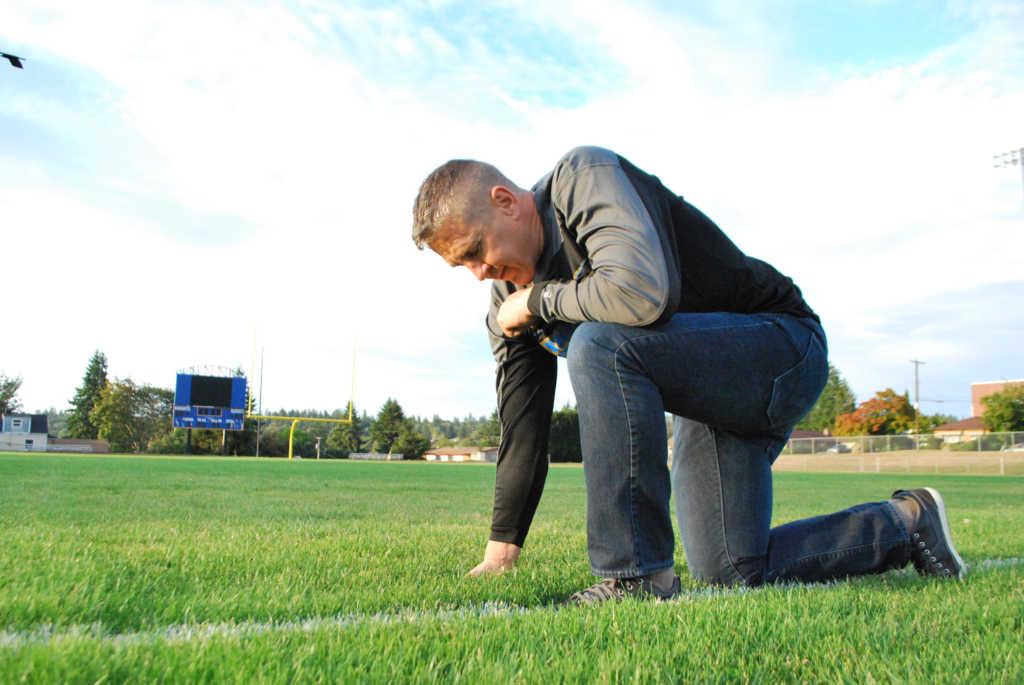 Joe Kennedy, a former coach at Bremerton School District in Bremerton, Washington, is suing the district in a closely watched religious liberty case that has captured national attention.

The former high school football coach who says he was fired for praying at the 50-yard line after every game is finally slated to get his day in court on Monday.

He claims his First Amendment rights were violated when he was punished for his post-game prayers. And, on Monday, oral arguments will be heard in the case, with both sides having the opportunity to tell the Ninth Circuit Court of Appeals in Seattle their side of the story, the Kidsap Sun reported.

The case has attracted involvement from prominent activist groups on both sides of the First Amendment divide, including conservative legal group First Liberty, which represents Kennedy, and First Amendment watchdog Americans United for Separation of Church and State, which will speak on behalf of the school district.

Kennedy — who coached Bremerton High School’s junior varsity team and was an assistant coach for the school’s varsity team — first came under fire in September 2015 when the district learned that he was leading prayers before and after games and responded by reminding staff that employees cannot pray publicly in schools,according to the Kitsap Sun.

The football coach was placed on leave after he reportedly defied that order and prayed on the 50-yard line after a football game — an act he had partaken in since he joined the district in 2008.

After his contract wasn’t renewed in 2016, Kennedy sued, arguing that the post-game prayer wasn’t a violation of the First Amendment because it unfolded after the game concluded and simply involved him walking to the 50-yard line, bowing and praying. The school district, though, feared that his prayers would spark legal ramifications.

“While the district appreciates Kennedy’s many positive contributions to the BHS football program, and therefore regrets the necessity of this action, Kennedy’s conduct poses a genuine risk that the district will be liable for violating the federal and state constitutional rights of students or others,” the district said in a statement in October 2015, announcing Kennedy’s paid leave.

Kennedy has hoped throughout the case that he could be reinstated, telling “The Church Boys” podcast last year about his passion for working with the young men on the football team, as Deseret News reported.

“I want to be out there with my guys,” he said. “I want to be … coaching these young men on how to become better young men, and doing it through football.”

The powerful prayer gesture certainly made an impact, as it would often attract players from his team and the opposing team who would opt to join him on the 50-yard and pray alongside him.