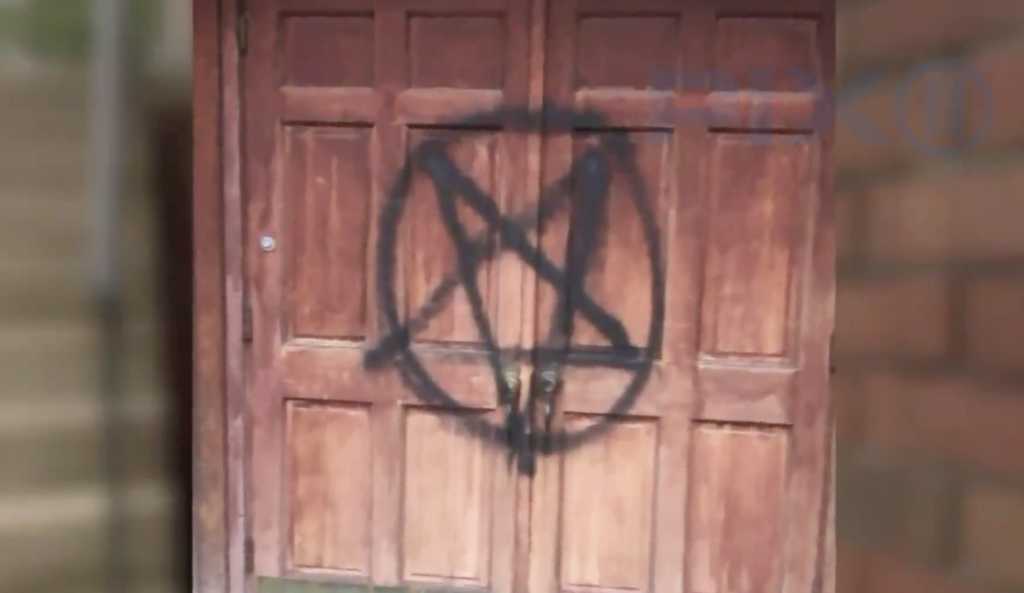 Four churches in Suffolk, New York, have been tagged with Satanic graffiti, setting police on a quest to find those responsible.

The latest house of worship to fall prey to the tagging is Prayer Tabernacle Church of God in Christ, with church leaders discovering demonic symbols — mainly an inverted pentagram — on the outside of the church.

The vandalism, which unfolded in Amityville, New York, is bringing renewed attention to a Long Island village that became infamous after a man named Ronald DeFeo murdered his parents and four siblings at the family home there back in 1974.

Prayer Tabernacle was the fourth church over the weekend to face similar defacing.

The other images were painted between Friday night around 9:30 p.m. and Saturday morning at 10:55 a.m. at Shaw Temple A.M.E. Zion Church, Gospel Church and Amityville Full Gospel, WPIX-TV reported.

In addition to inverted pentagrams, at least one of the cryptic church messages included the words “Hail Satan.”

While pastors, congregants and members of the community are a bit shocked and shaken by these developments, the spirit of forgiveness and prayer appears to be taking precedence.

“If somebody came and painted up your house with satanic symbols I think you’d be disturbed too,” Pastor Rob Taormina of New Covenant Church told WCBS. “You don’t know who they are or if they would come back.”

He continued, “Whoever it is, we are praying that God will just reach out to them and touch them.”

The Rev. Dr. C.R. Price of Zion Gospel agreed, saying that the affected churches “must forgive.”

“We must reach out and pray for the people who did do this, and pray that authorities will be able to apprehend them,” Price said.