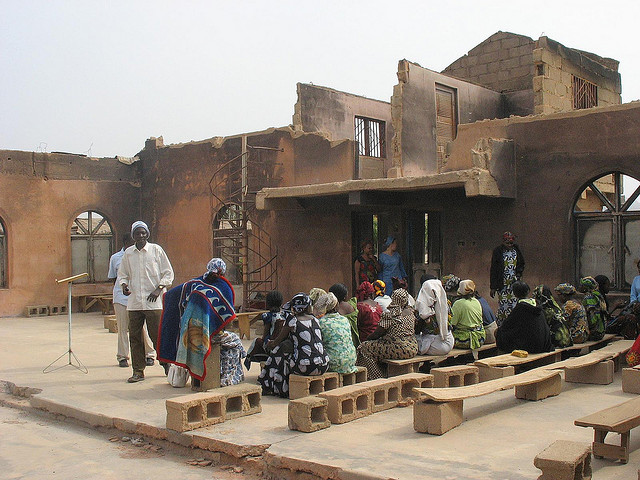 A mob of Muslim protestors set a church ablaze in Maradi, the third largest city in Niger. The incident was a response to the arrest of a very prominent Imam who was arrested after he claimed the country’s proposed legislation on worship was “anti-Islamic”.

Eye-witnesses reported the incident to Agence France Presse (AFP) and highlighted that more than 150 Muslim protestors had marched to the Assembly of God church in the Zaria neighborhood on Saturday evening. They laid barricades across the road and burned old tires in protest. After setting the church ablaze, they also burnt the pastor’s car but thankfully, no injuries were recorded. A second church was raided nearby.

The Imam, Sheikh Rayadoune, was arrested on Saturday and stayed in police custody until Sunday afternoon. He had spoken against the bill on Friday night in his message at the mosque. However, after the arrest, he apologized saying that he was misled by the translation from French to Hausa. Sheikh Rayadoune also released a statement saying, “all my supporters must stop making trouble in the town. Islam does not recommend that.” He also promised to clarify his stance during this Friday’s prayer.

Police have detained over 100 Muslim demonstrators in light of Saturday’s violence. Parliament will vote on the bill that sparked the incident on Monday.

According to a top interior ministry official, the legislation, designed to lay down official guidelines on worship, was “the fruit of many consultations… There’s nothing anti-Islam in the text.” The proposed bill primarily came as a response to the interreligious violence and tensions and as a way to avoid the abuses advocated by terrorist organizations.

I Am Sick Of Killing – ISIS Sheik Embraces Christianity

Jesus Appears To Entire Group Of 72 Christians About To Be Killed: This Incredible Miracle Followed