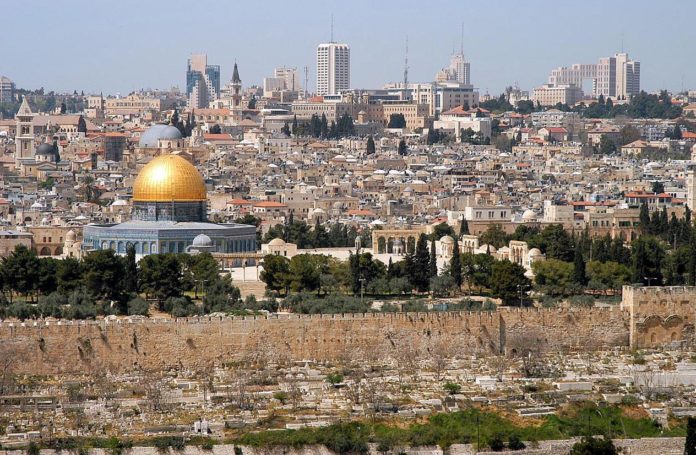 On Tuesday, Christians for Israel International presented a “Jerusalem Declaration” to President Reuven Rivlin at the President’s Residence in Jerusalem.

The Declaration states that Christians acknowledge that the city of Jerusalem belongs to the Jewish people as part of God’s covenant promise and expresses unconditional support for the governance of the undivided city as the capital of the Jewish State of Israel. In the coming months, this Declaration will be brought to the attention of churches and Christian organizations world-wide.

The delegation consisted of the organization’s International Board and regional and national directors from Europe, Africa, Asia, Oceania/Pacific, USA and Brazil.

The President thanked the organization for its enduring support in helping Jewish immigrants back to the State of Israel.

On Wednesday, the European Coalition for Israel officially launched an open letter in support of a united Jerusalem, ahead of the 50th anniversary of the reunification of Jerusalem in June 1967.

Both Christians for Israel, established in 1979 in The Netherlands, and the European Coalition for Israel, established in Brussels in 2003, are Europe-based organizations. They are the largest and most influential Christian organizations promoting Christian/Jewish dialogue and support for the Jewish people and the State of Israel. Neither organization has any political affiliation, and both represent hundreds of thousands of Christians of all denominations in many different countries around the world.